Berlin. A city I always wanted to visit because of the history, shopping and most of all: vegan food. As it was highly demanded, from now on, my travel posts will contain how much everything cost me, get ready for a very long blog post mostly about where we ate.

I came across this hostel a couple of years ago and ever since, I decided that if I ever go to Berlin, I would be staying there. They also offer private rooms if you want to go with your lover or just like your privacy. This is my first time ever at a hostel and I must say it was okay, you can’t choose your room mates so I’m not blaming the hostel for that and I would certainly do it again if I travel with a friend or alone.

Brammibal’s donuts
This is definently a hot spot, you got several spots over Berlin and all donuts are 100% vegan. As we were very hungry we decided to eat one donut before actual lunch.

This is the place that was highly on my to eat list. We took a momos experience to eat every dumpling available. As my travel buddy wasn’t vegan she ate all the vegetarian ones and boy we didn’t regret having this, it was so good. I’ve been craving dumplings ever since.

Delabuu
After having a short nap, a shower and a bit of exploring we visited Delabuu. This place I found through Instagram and as it was 30 degrees I really wanted an ice cream. The place was packed and very hot which made me feel really bad but we had our ice cream anyway. I decided to go for the raspberry flavor mixed with vegan nutella and caramelized hazelnuts. Can we have this kind of ice cream place in Aalst please?

Lia’s Kitchen
After our day of eating very healthy (not) we were craving some more fast food. We decided to give Lia’s Kitchen a try, a very small 100% vegan hamburger place. The food was delicious and the only downside to eating here is that there is no toilet available which is a shame. But, if I’d live in Berlin, I’d certainly order here a lot.

Day two, time for some breakfast. We rented two bikes and made our way to the visit coffee roastery, the place has vegan options and is very trendy. It’s a hidden gem, you need to go in a very small street to discover the place. The food was amazing, I had the vegan yoghurt and I know, it sounds so simple but it might have been the best one I ever ate.

Touristing around
After being in a food coma caused by all the food we ate on day one and our breakfast we did some exploring too. As I said before, we rented bikes and I must say I’m super impressed with the system to rent one in Berlin, you only need a MasterCard/Visa and a smartphone with internet. You unlock the bike with the app and pay per 20 minutes (€0,79) after you finished, you just close the lock and that’s it. It’s perfect to explore the city. 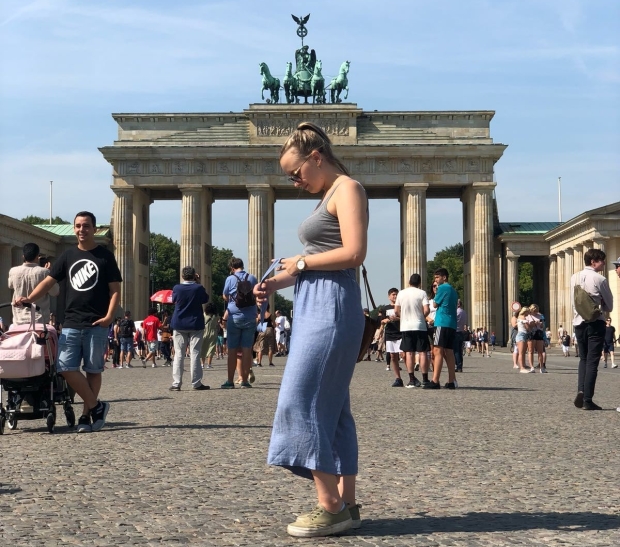 As we didn’t really see a lot of things people mostly see when going to Berlin, we loved exploring while riding our bikes. As it was around 35 degrees, it was getting way too hot and took a pretty big break at the Monkey bar. After that we’d normally visit an old Soviet prison but we lost track of time and missed the tour.

BVG
After some shopping we decided to go for lunch as it was almost time for an early dinner. On the metro however there was a problem as we bought a 48-hour card for tourists but the BVG checktakers told us we forgot to stamp our ticket, this however was nowhere explained and we had to pay a fine of €60 which I’m pretty mad about. 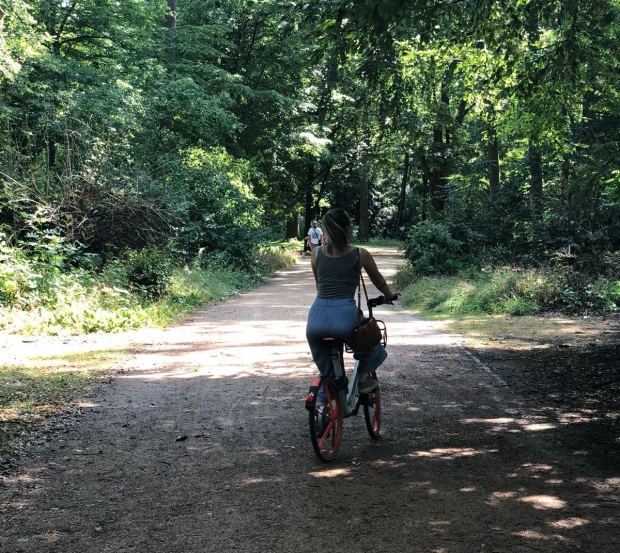 On to lunch, we were getting so hungry, the place were we originally wanted to eat was closed and decided to go for some Asian take away in the hostel, after a short nap and shower it was time to hit the town again. 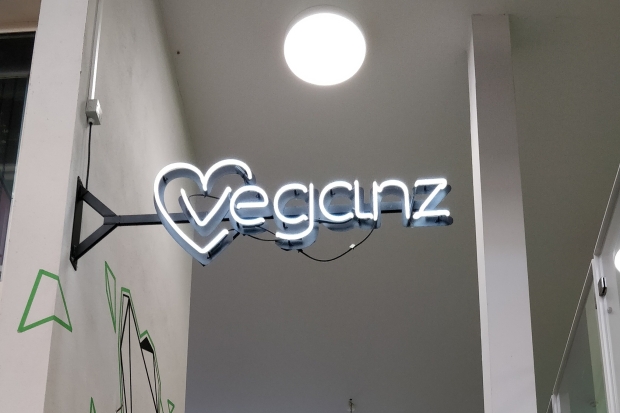 One thing I had to visit is Veganz, it’s a 100% vegan grocery store. I wish I could’ve taken to much more but I got myself some muffins and lot’s of doppelkeks. They have such a big offer but not everything is okay to take on a plane or would still fit in my suitcase.

Burrito Baby
After looking for Gringo Burritos for a while we realized this might be an only take away place, we didn’t find it so we’re not really sure. As we were already craving Mexican I looked up another one with vegan options, Burrito Baby is a 100% vegetarian Mexican place with vegan options. I decided to get a salad bowl, it wasn’t really that great to my taste but my travelbuddy enjoyed her burrito and I wish I’d had one too.

After our last dinner we decided to get some drinks last minute, we were pretty tired but wanted to get some anyway. We found this place on Instagram and it was very cosy, the waiters were very friendly but the music was a bit too loud. The cocktails were not that overpriced and very good too.

After having a 3-hour nap we had to wake up for our plane back home, so you can tell this was really a food-trip instead of an explore trip. I’d certainly come again for the same reasons as it didn’t disappoint. The city however is a bit overrated but who am I to judge if I’ve been taking trains all day to visit a certain place to eat?